You are here: Home1 / The Latest Scotch Whisky News2 / Whisky News3 / £12 million whisky and gin distillery to be constructed on the Isle of ...

The Isle of Barra in Scotland will be the home of a new £12 million whisky and gin distillery.

Isle of Barra Distillers has received the green light from Comhairle nan Eilean Siar to move forward with their ambitious new distillery and visitor centre project. Scheduled for completion by spring 2025, this initiative is expected to create at least 40 jobs in the north area of the Isle of Barra in the Outer Hebrides – an inspiring boost for the local economy that could not come soon enough!

It is estimated that the new distillery will produce 200,000 litres of alcohol per year. This should be enough to fill 1,600 200-litre casks, but it could be doubled if the workforce expands. 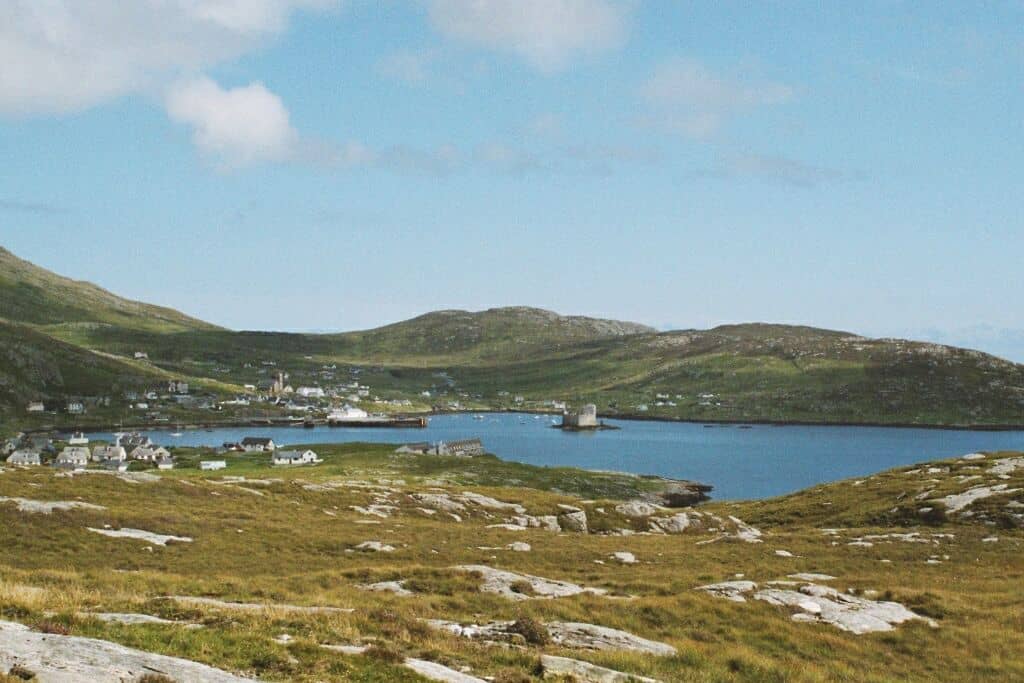 A boost to the Isle of Barra economy

Founded by husband and wife team, Michael and Katie Morrison in 2016, Isle of Barra Distillers hopes to create jobs and boost the local economy.

Michael had this to say: “To really grasp the impact of this, in terms of employment opportunities, if the same development was built in Glasgow, the impact on jobs per head of people would be 23,000 in the first year and by year 10, it would create 64,000 jobs.”

Sustainability at the heart of the distillery

The eventual Foundation will focus on developing the Isle of Barra, assisting locals with housing and any projects to help the community. “The long-term goal is by year 13, or once our 10-year-old malt is released, we will be in a position to help build affordable homes for the foundation to sell at cost price to young families to help ease the housing issue on the island of Barra.”

Not only will the new distillery be a boon for the local community but the local environment as well. Designed by Denhen Youd architects, the distillery will have sustainability worked into the design.

Specifically, a heat recovery system will be designed by the Ayr-based firm to redistribute the heat produced by the distillation process and sent directly to the visitor centre. The company is also investigating a carbon capture system to grow feed for local salmon farmers.

A time of growth for the Scotch whisky industry

Scotch whisky has rarely seen so much investment in recent years. From the large distillers to the smaller boutique distilleries, investment in sustainable processes for the whisky industry is a regular occurrence.

Within the last two years we have seen:

With all of this in mind, now is a good time to invest in whisky.

We work with our clients to discover what the option is for their needs, whether that is to purchase whisky as an investment or for consumption. The UKV brokerage services operate to find or sell specific investment-grade whisky, held in a UK-regulated bond.

Contact UKV today to discuss how you can make your first whisky investment or continue to invest in whisky.

The History of The Macallan Scotch Whisky
Scroll to top