Scotland’s largest whisky producer Diageo recently announced positive sales results for the second half of 2021. Net profits grew by 22.5 per cent year on year, exceeding forecasts. Shortly after the publication of this news, the company share price rose by 2.5 per cent to 3735.5p.

Diageo’s famous Johnnie Walker scotch whisky label and other drinks brands benefited as bars and pubs gradually reopened across Europe and North America. As a result, turnover excluding tax was approximately £8 billion for the first half of the year. 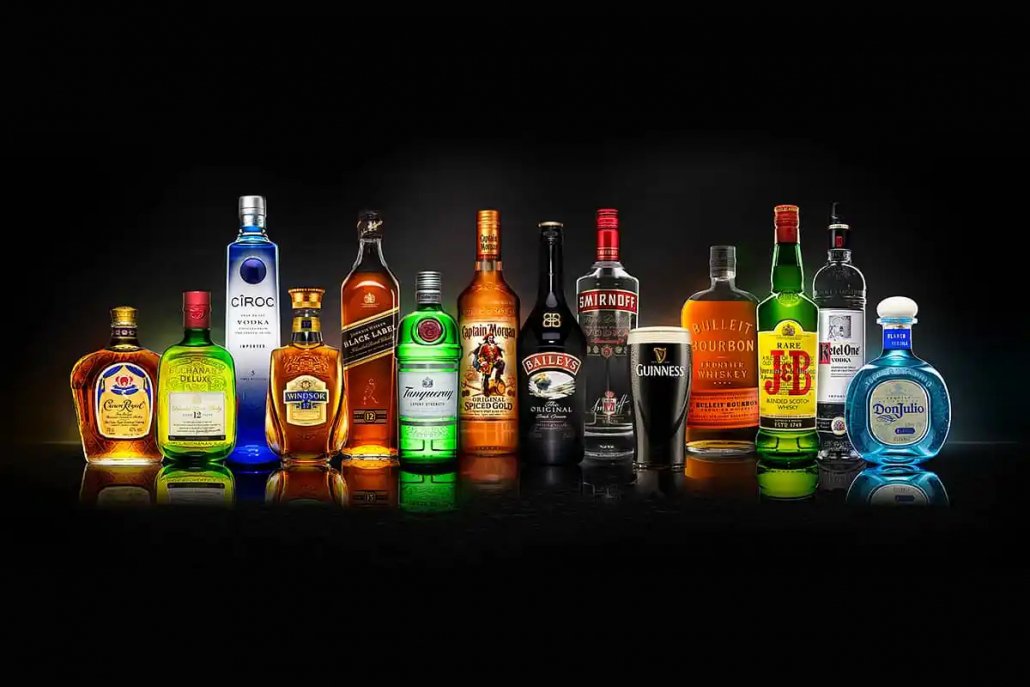 This favourable result represented an increase of just under a sixth (15.6 per cent) in comparison to the same six months of 2020. Analysts pointed to resilient demand from consumers – mainly through off-licences – and the hostelry sector’s slow resumption of activity following lockdown.

A spokesperson attributed the sales growth to date and strong future potential to the broad range of products and diverse customer base. During the accounting period in question, most of the company’s growth had come from scotch whisky trading, up by just over a quarter (27 per cent) across all brands. Premium whiskies such as Johnnie Walker Black Label outperformed lower-priced spirits, with reported growth at 31 per cent.

However, ongoing shortages of wholesale supplies had restricted the availability of cardboard and glass during the six months to year-end. At the same time, shipping costs had increased considerably.

Speaking on behalf of the company, chief executive Ivan Menezes depicted the increased scotch trading results as a terrific acceleration. Exports to India were up by 12 per cent. Fuelling sales there, demand for Johnnie Walker whisky had reached unprecedented levels as consumers looked for quality spirits.

Mr Menezes also spoke of the extraordinary results achieved by colleagues despite the occasional supply problems that had caused some difficulties with production, packaging and distribution. In particular, these operational circumstances had presented challenges in meeting market demand.

According to the top boss, Diageo enjoyed good strategic trading relationships with its key suppliers and shipping lines. In fast-changing markets, this mutual trust had helped to limit the effects of the unusual events.

The company boss described how a significant proportion of shoppers now opted for premium drinks products. The trend began during the Coronavirus pandemic as people stayed at home and increasingly spent more on premium products that they preferred.

In turn, sales of draft Guinness had recovered since the reopening of pubs and bars. Looking to the future, Mr Menezes reported plans to build a carbon-neutral distillery in China and a new brewery and taproom in Chicago.

Notwithstanding the recent Omicron variants of the pandemic, the brewer and distiller remains generally optimistic. Apart from scotch and beer sales, turnover from tequila had also grown. Now, it reasons, businesses should benefit as consumers go out to socialise in warmer weather, be it in bars, restaurants, clubs, or sporting events.

The multinational drinks manufacturer sees itself as well-positioned to benefit from resilience in the off-licence trade, too. It hopes to increase its market share of alcoholic beverage retail activity worldwide by half, from 4 per cent to 6 per cent, by the year 2030. Though ambitious, this significant goal could well be within corporate reach, considering the board’s expertise, company size and economies of scale.

However, on a less cheerful note, it warned of persistent headwinds from the combined effects of COVID-19 and supply-chain constraints. In addition, directors fear disruption will continue in retail travel, another sector in which Diageo has interests.

Diageo has also made progress with its programme to buy back shares. In April 2020, the directors had decided to shelve payments as a precaution. However, some nineteen months on, in light of the improved trading figures, the company resumed plans to return capital to shareholders. Investors received distributions totalling £500 million in November 2021.

The original target was to pay back £1 billion during the 2021-22 financial year and £4.5bn in total by the end of 2023. However, according to corporate announcements, the buyback will probably extend until June 2024.

China: The Next Big Market for Whisky
Scroll to top