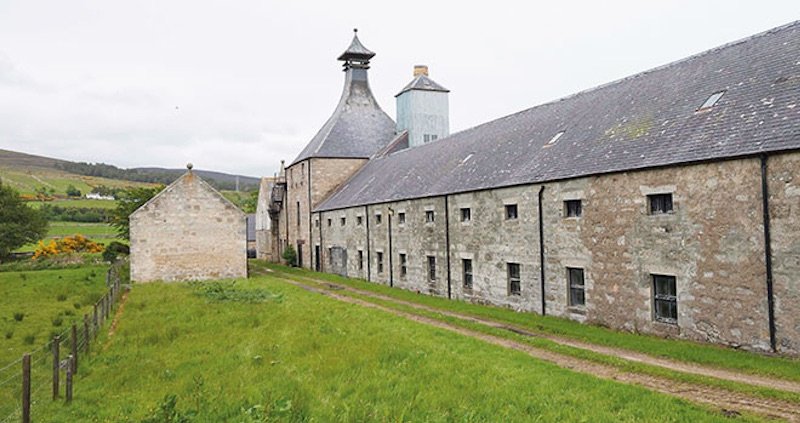 On 21st May this year (2021), the Brora Distillery opened its gates after more than thirty-eight years of closure. Set in the rolling hillsides of Sutherland, northeast Scotland, its picturesque courtyards and grey brick, slate-roofed buildings will now see renewed whisky making.

Following a three-year restoration programme, production resumed under the watchful eye of the Master Distiller, Stewart Bowman. Staff filled the first casks of 2021 with new make spirit from the stills. Thus, a new era has begun as the casks’ contents mature to become premium Brora whisky.

The closure spanned four decades, during which stocks of the brand’s bottled and cask whiskies appreciated significantly. Some of Brora’s legendary and much sought-after single malt scotches have achieved cult status among connoisseurs, collectors and investors alike.

As he officially reopened the imposing doors of the distillery, Bowman spoke about his father, the distillery’s last exciseman. In 1983, the latter closed off the then distillery ledger with an entry referring to the beginning of a silent season for an undetermined period.

Now, the old hands must feel a sense of pride. Inside, even the refurbished spirit stills are precise copies of the original installations. The owners, holding company Diageo plc, have replicated the former production processes and conditions wherever possible.

According to the distillery’s website, guided tours for visitors are to commence from July 2021. As one would expect of this fine establishment, the experience includes whisky tastings and either a light or a substantial lunch. Currently, prices are £300 to £600 per person.

Each of the three superb bottlings represents a distinct era of the distillery. Triptych Elusive Legacy is 48 years old, the oldest single malt scotch ever released by Brora. Triptych Age of Peat is 43 years old, in the classic late 1970s heavily smoked style. It contains 48.6 per cent ABV. The third and youngest bottling is Timeless Original, from casks filled in 1982 and almost as potent.

The unique ash wood presentation cases contain three precious half-litre crystal decanters with Glencairn stoppers, filled with luxury scotch, as well as a personal invitation from Mr Bowman to visit the distillery. While the press release does not disclose how many of these trio sets will be available, it puts the price at £30,000 for UK purchasers.

Bowman described his deep affection for Brora in a press interview, narrating how it runs through his history. The Scot grew up in the village, with a view of the distillery’s bell tower visible from the kitchen window of the family home. Unsurprisingly, he speaks of feeling honoured to introduce visitors, share his experience and tell one or two of his father’s stories.

Diageo is the biggest whisky producer in Scotland. In 2019, during Brora’s period of dormancy, it released a 40-year-old 200th Anniversary Quintessential scotch. This golden, smoky Highland liquor boasted rich flavours of figs and ripe fruit. The bottling ran to 1,819 units which sold for around £4,500 apiece.