A female whisky collector based in Asia has just bought a cask for a record-breaking £16m. The sale of this single malt cask has broken the previous record of £1m set in April this year by the forgotten Macallan whisky cask. 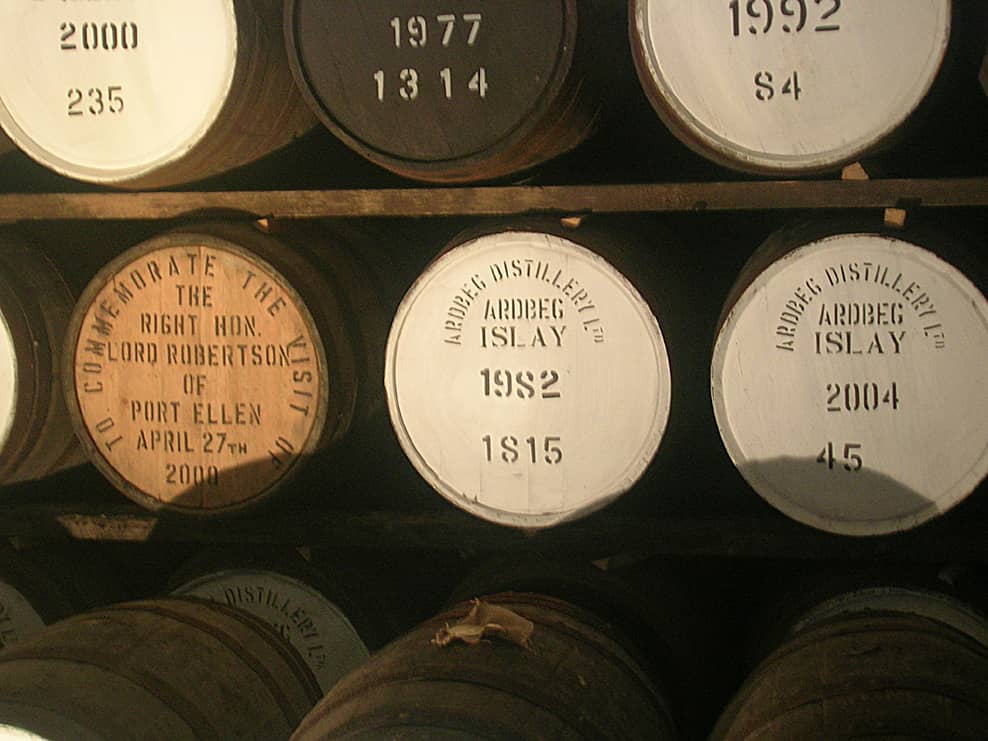 Read more on record-breaking whisky: Is this the most expensive bottle of whisky ever?

What you should know about the cask

The cask comes out of the Ardbeg distillery based on the Isle of Islay, which is over 200 years old. It is known as “Cask No 3” and dates back to November 1975. The spirit was initially filled into two casks, one ex-bourbon and the other ex-oloroso sherry. However, in 2014 the casks were married into one refill ex-oloroso sherry butt.

Because of the mix of barrels and age of the whisky, it reportedly has a nutty, herbal and smoky aroma but has tasting notes of espresso and spearmint. Other than this finite amount of information, nothing is available on its mouthfeel, viscosity or even its appearance.

How will the buyer receive their whisky?

The unnamed collector will receive 440 bottles of whisky in total from “Cask No. 3”. She will receive 88 bottles each year over the next five years, with each bottle worth a staggering £36,000. Additionally, the bottles will only be filled when they are set to be shipped. Therefore by the time she receives her last 88 bottles in 2026, the collector will have a whisky that has been distilled for 50 years.

The president and chief executive of Ardbeg’s owner, Thomas Moradpour, took some time to speak on the record-breaking cask, which he has stated is a source of pride for the local community.

Moradpour was particularly proud to see it become “one of the most sought-after whiskies in the world”. For him and his team, it was particularly poignant as the distillery was almost a forgotten afterthought only a decade ago. So to keep Ardbeg as a centrepiece of Scottish whisky history, they have announced that they will donate £1m out of the £16m proceeds from the cask sale to causes on the Isle of Islay.

Why the cask is worth so much?

A whisky connoisseur, Charles MacLean described the £16m cask as “a remarkable piece of liquid history”. He would later state, “The factors which make a particular whisky investable are threefold: rarity, flavour and variety.” Therefore, these three factors are responsible for the record-breaking price tag.

Another expert, Bill Lumsden, the head of distilling and whisky creation at Ardbeg, said, “I’ve really only tasted a whisky like this two or three times in my career.”

He would describe it as having “an emotional, comforting quality to it” that is “hard to put into words.”

With the majority of Islay whiskies from the 1970s being used for blends, it’s a rare occurrence to be treated to a single malt cask. They are so scarce you can count  “on just a few hands” how many are available.