You are here: Home1 / The Latest Whisky News2 / Whisky News3 / Glenfiddich fuels delivery fleet with green biogas made from whisky re...

In a forward-thinking move, the Glenfiddich distillery now reprocesses its organic production residues to extract ultra-low carbon biogas. Then, it uses environmentally-friendly fuel in its fleet of delivery vehicles. William Grant and Sons, the company which owns the widely revered distillery, named the innovative project Fuelled by Glenfiddich. 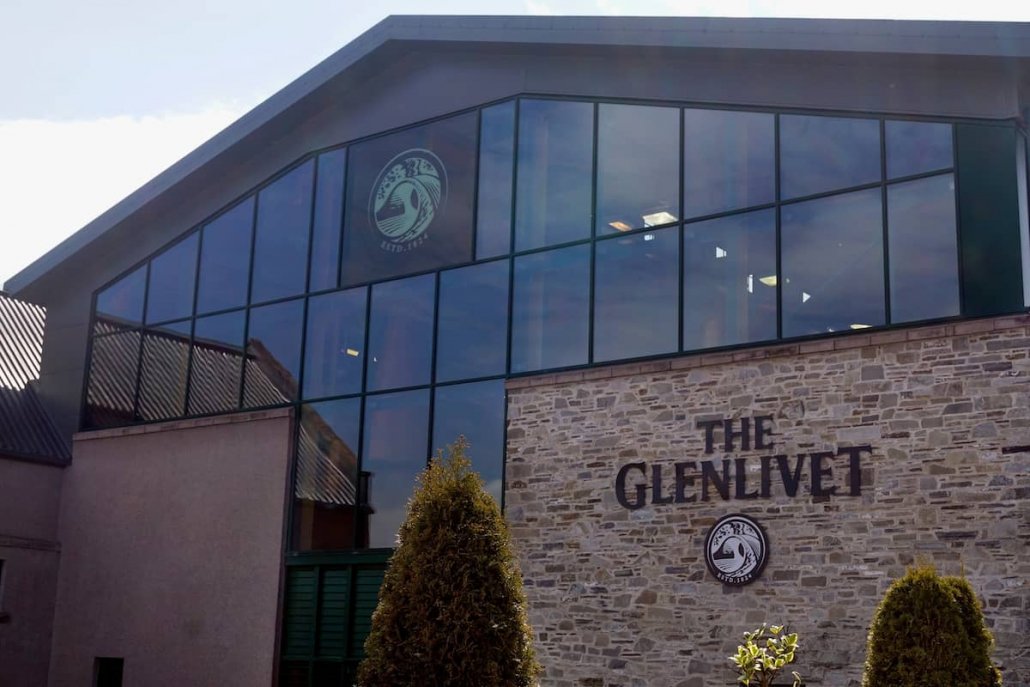 Developing and perfecting the process to convert whisky-making waste into ultra-low carbon fuel (ULCF) required a sustained scientific initiative and the adoption of leading-edge technology. Once finalised, the company’s delivery lorries underwent conversion. Now, they burn the green biogas as they transport whisky at various stages: new make spirit after distilling, aged liquor for bottling or packaging and warehouse delivery runs.

The single malt scotch producer installed a fuelling station in Dufftown, near its distillery, to refuel the specially-converted fleet for journeys between four sites in Speyside and the west of Scotland. Lorry cab livery now proudly features an eye-catching slogan: ‘Fuelled by Glenfiddich, turning whisky waste to ultra-low carbon fuel’. The succinct message is sure to increase public awareness of the green initiative.

Speaking on behalf of the company, director Stuart Watts pointed out the project highlights. The pioneering reduction of carbon dioxide and other gaseous pollutants would deliver sustainable benefits for local communities, as well as the business itself. He detailed the corporate commitment to update all the motor fleet and deliver renewal energy breakthroughs in the industry.

As Mr Watts explained, the project had required more than a decade to unfold and develop fully to date (2021). In particular, tasks included improving and finishing the processes necessary to transform organic waste entirely within the Dufftown site. Then, it was essential to convert the company’s lorries to use the new biogas motor fuel. The final hurdle had been to install four refuelling stations to dispense ULCF conveniently and safely.

The statistics are impressive. Each converted biogas truck reduces carbon dioxide emissions by approximately 250 tonnes per year, equivalent to planting as many as four thousand trees or offsetting the amount produced naturally by around 112 average households.

To put it another way, powering the company fleet of vehicles with ULCF means that collectively, carbon emissions should decrease by more than 95 per cent. As a result, each lorry now emits only a tiny percentage of the typical greenhouse gas output from conventionally fuelled transporters of the same engine capacity.

Keeping an eye on the future

Adding her voice to the list of company achievements, global brand director Claudia Falcone highlighted how the company had a ‘where next?’ approach. Rather than resting on its laurels, management and staff look for areas that can become the subject of future improvements. Ms Falcone saw the green transport fleet and usage of biogas as a clear illustration of the brand ethos.

The corporate initiative matches the Scotch Whisky Association’s goals to tackle climate change and reduce the industry’s net CO2 discharges to zero by the year 2040. Other targets set by the manufacturing and trade body include migrating to recyclable, reusable or compostable product packaging by 2025. Also, it wants to boost the conservation and restoration of Scottish peatland while promoting the responsible use of water.

William Grant and Sons Ltd. plans to roll out its ULCG biogas scheme more widely and share it with industry across Scotland. Also known as biomethane, purified waste biomass gasses are usable in the same way as fossil-based gas fuel for natural gas vehicles (NGVs). Notably, the latest and more versatile dual-fuel vehicles run on biogas, too. Overall emissions and pollutants, including nitrates, are less than a fifth of those from the exhaust pipes of petrol or diesel equivalents.

In contrast, while the World Wildlife Federation acknowledges that biogas fuel is much cleaner, it sees this greener alternative only as a transition measure. Of course, the organisation recognises that ULCF production makes good use of waste. Still, it advocates the complete decarbonisation of all energy supplies.

Nonetheless, if and when the Speyside whisky distiller makes the new technology available across Scottish industry, it will add considerable momentum towards environmental objectives. Given the increasingly frequent and alarming news reports concerning climate change, such a contribution seems laudable.

The UK and Scottish governments have set national carbon emissions targets. Currently, Scotland aims to become a net-zero nation by 2045, some five years before the target dates for England and Wales.